Reb Dovid - The Life and Legacy of Rabbi Dovid Feinstein 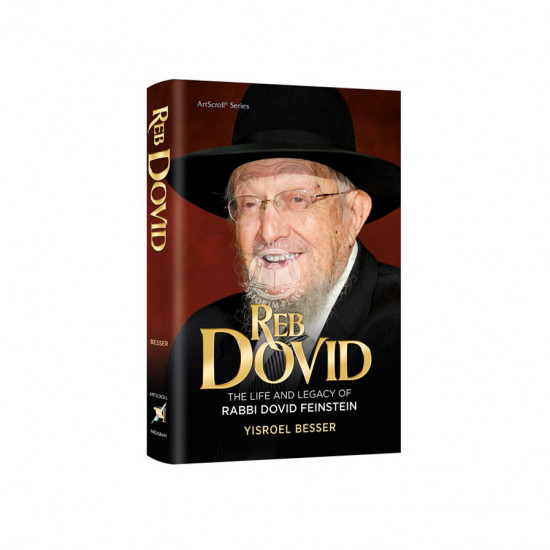 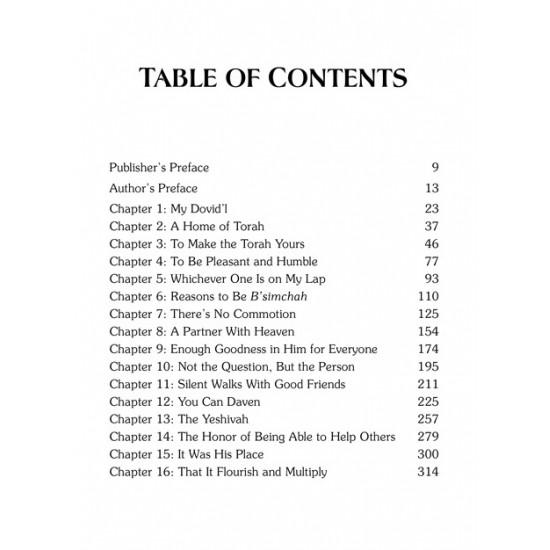 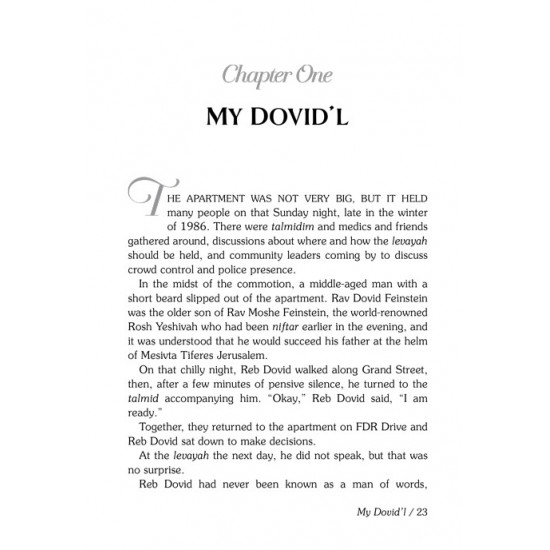 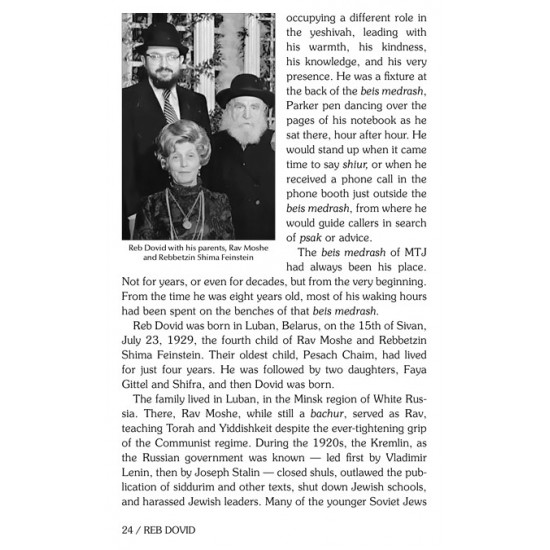 Reb Dovid - The Life and Legacy of Rabbi Dovid Feinstein

Reb Dovid Feinstein was born to one of the greatest poskei ha’dor of his time, Rav Moshe Feinstein zt’l, and he himself was a phenomenal masmid and ilui. Yet Reb Dovid carried his incomparable yichus and many accomplishments lightly, with a sweetness and humility that only emphasized his Torah greatness.He was a quiet man, content to sit and learn day and night in the MTJ beis medrash that was his second home for eight decades. And yet, with the achrayus for the Klal that also defined him, he taught and influenced thousands, beloved by talmidim and virtual strangers alike for his compassion, deep understanding of human nature, and his gentle smile.He was, as one of America’s leading roshei yeshivah said of him, a man who was “kulo Torah” – whose essence was Torah. “Kulo Torah” included care and consideration for others – the ability to understand the needs of the talmidim who were so drawn to him, of petitioners who came to him pleading for tefillos and berachos, of shoppers who stopped him in grocery store aisles with halachic questions, and of his people, his neighbors and friends on his beloved Lower East Side.Reb Dovid is a book about the many aspects of Torah greatness that a person can achieve. A book that helps us achieve greatness as well.